I have worked in the building industry as a painter & decorator all my working life.

It was the 1972 national strike which I took part in that politicised me. I got involved in the fight for their release in 1973 & helped launch Des Warren’s book “The Key to My Cell”

I was a UCATT branch treasurer for a number of years.

I was a delegate to Camden Hazards Campaign.
I was on the management committee of Camden occupational health project for two years.

I have also been involved with campaigns against carcinogenic materials from solvent based paints to Asbestos both in the UK & internationally.

Naturally I got involved again when the Shrewsbury campaign was re-launched & I am a member of the London & National committees.

I am also an avid Arsenal football fan 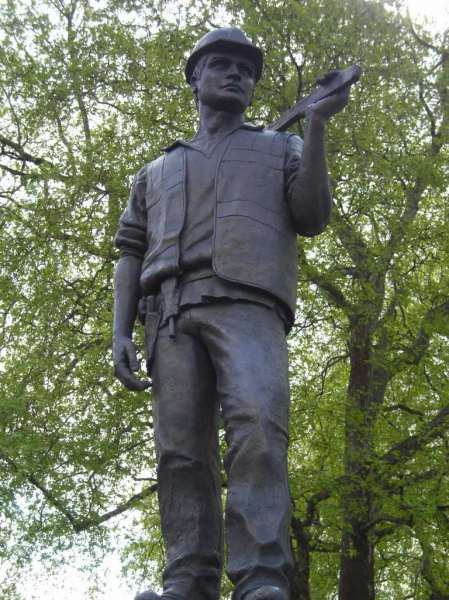 UCATT’s Monument at Tower Hill to remember the construction workers killed and seriously injured at work each year. 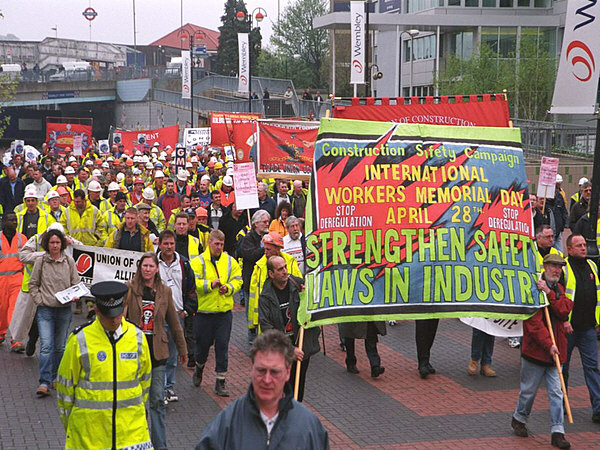 A demonstration organised by the Construction Safety Campaign. 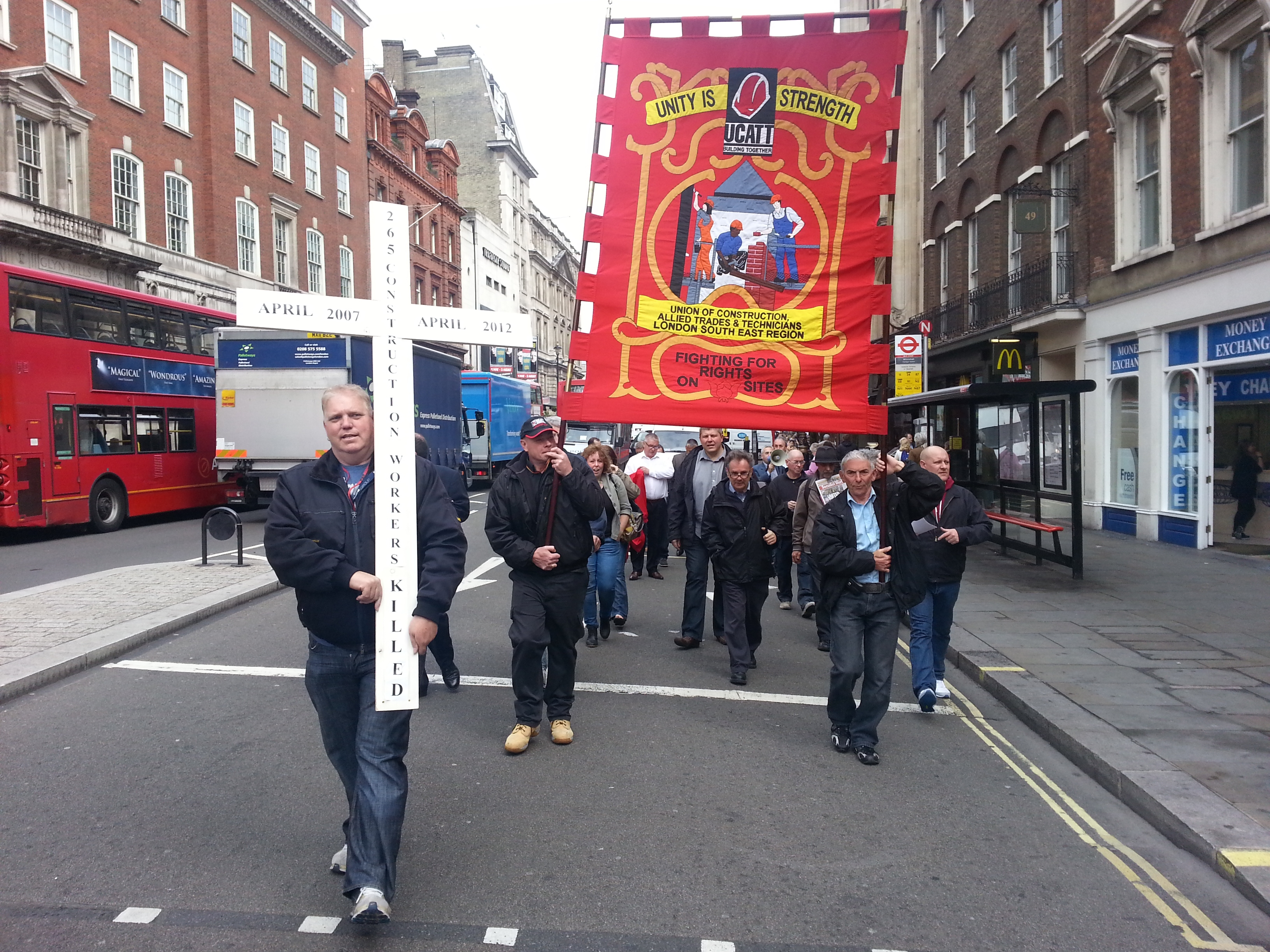 A march was organised in early June. The concept was actually born at UCATT’s conference when Dave Allen (Lewisham Branch Secretary) raised the idea of a march on Westminster and possibly setting a meeting up in the Houses of Parliament.
There were approximately 25-30 from the London & SE Region (including a few Byrne Brother workers) on the march who blocked the road through Whitehall for about 40 mins while we marched. We were asked by the police to get off the road but we just continued our march to Westminster regardless so the police followed us to the destination.
Jerry Swain organised the march which was aimed at the current government’s cuts of health & safety legislation such as the Construction Head Protection Regs and the Tower Crane Regs as well as cuts to the funding for the HSE etc.
Members of the public were supporting us too. They were taking photos, waving and sounding their horns as we marched.
It is a disgrace what the ConDem government is doing to our members and construction so we felt the overwhelming need to conduct this march to highlight to the public and the current government that we will not accept it.