I am chairman of the London Shrewsbury Defence Committee and I will be writing up on the Shrewsbury 24.

I am also the Branch Secretary of Hillingdon & Uxbridge Trade Union Branch.

I have worked for 24 years in construction from labourer to foreman during which time I have also worked for 7 years on the railways and 1 year on the London Underground (I was involved in the clear up of the travesty of 7/7).
I am an NVQ Assessor (Brickwork and Groundwork’s). I was previously a Convener at Heathrow T5 and at 2 projects on the Olympic site in Stratford.

On Tuesday 11th March 2014 we lost the greatest trade union leader of my life time. Bob Crow died at Whipps Cross hospital of a heart attack at the sad age of 52. He was the leader of the 80000 strong RMT tube and rail union.
A leader who never took a backward step – he stood tall to employers, the Mayor of London and government and won battles on behalf of his members. This was a proud passionate man; a man who cared for the honest hard working class people of this country.

I knew Bob from my time on the Justice for Shrewsbury pickets committee. He would turn up on marches, give speeches and if he was available, he would always make the effort. I remember one Shrewsbury march, it was raining. We had a few speeches and the place was quiet then Bob came on. Everyone and everything changed. We were all up for the fight, all cheering, all ready to conquer the world, that’s how inspirational he was.

The right wing press had a field with him just like they did with Scargill in the 80’s. They attacked his pension, his wage, his holidays, his home – anything they thought would help turn public image against him.

Well let’s look at the evidence –

Pension – his is not in the same league as bankers who lost millions for us all.
Wages – compared to footballers, his wage was £145k a year – whereas they get that per week.
Holidays – he went to places that working class people can go.
Home – as he said, he was born in a council house, he will die in a council house. He said to me recently – ‘What do people want me to do, buy my council house and sell it at 10 times the value and move to the country like most Londoners. Well not me!’

A man who was born in Shadwell; who supported his beloved Millwall AFC. A man who always said it like it was with pride, passion and commitment. A man who increased the RMT membership from approximately 20000 to 80000 when other trade unions were losing members hand over fist and this is because the confidence the workforce had with him leading. He increased the pay of the tube drivers from £24k in 2002 to nearly £54k in 2014. Any other industry would be over the moon with that.

Is he replaceable? Is Mandela replaceable? Or Martin Luther King? The answer to the question is NO – we will never see another Bob Crow.

It was an honour and a delight to have known and stood on the same platform as such a legend as BOB CROW.
Every trade unionist thanks you for being you! 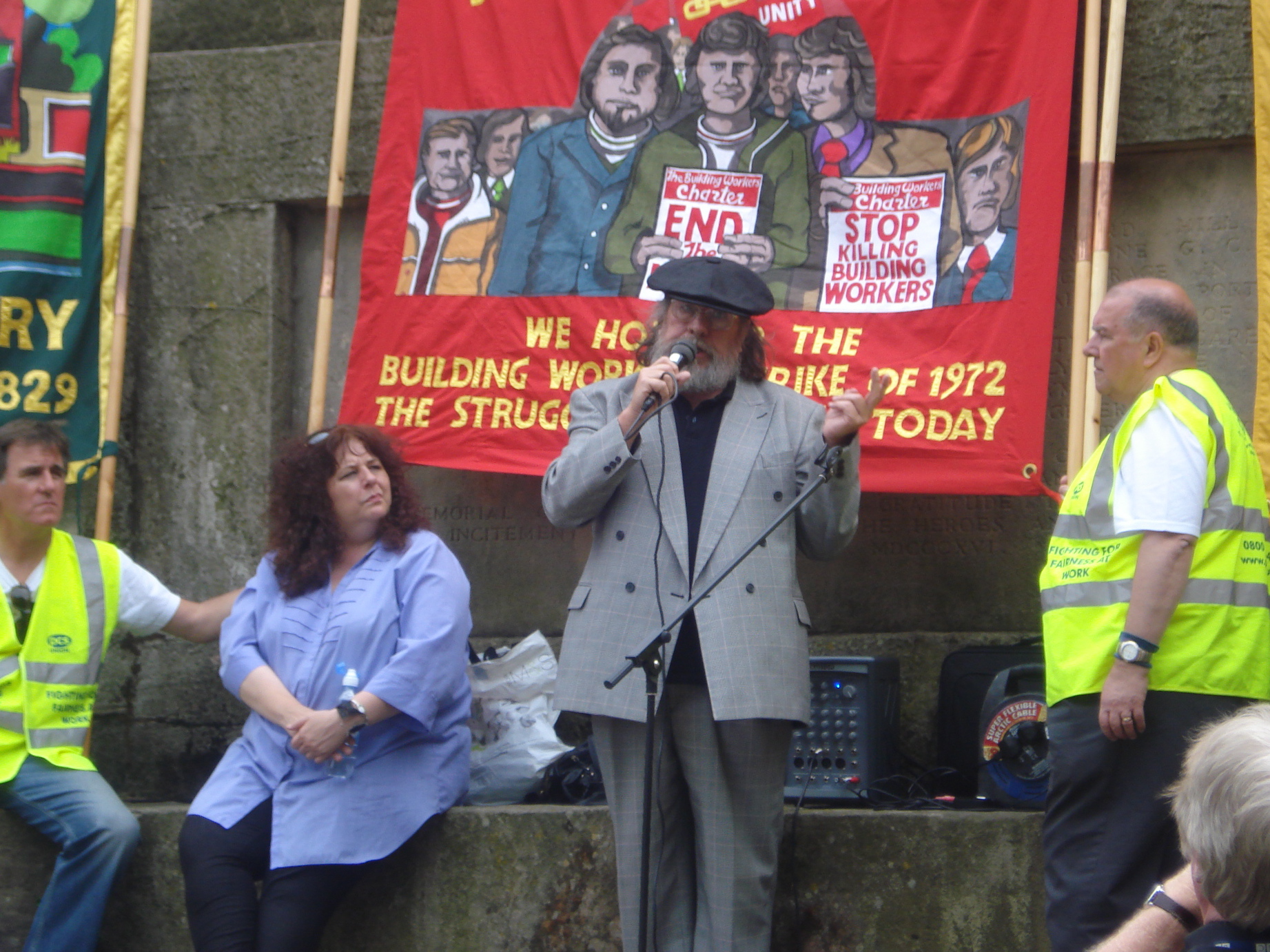 Ricky Tomlinson speaking outside the court he was convicted in during 1972-73. Ricky speaks on his hope of gaining justice for himself and the other 23 pickets. Ricky attends every year. 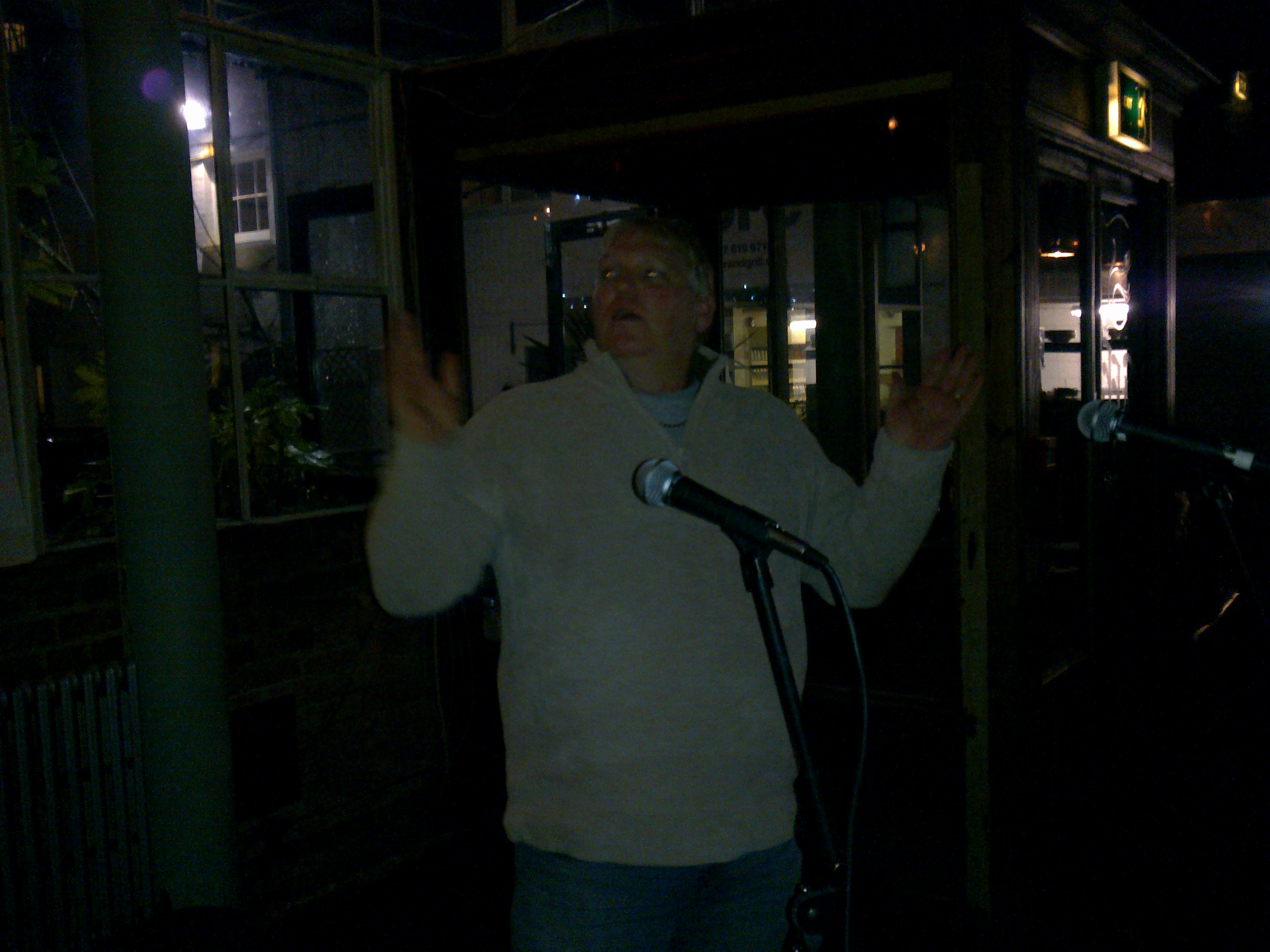 Shrewsbury – Will we ever learn the truth…..?

A question has to be asked, how much undercover work was performed by the police; now it has come to light that their police officers were being used as undercover activists during protests and strikes. Once an officer enters the role as an undercover activist are you simply reporting events or are they the ones that start the troubles?

During the miners’ strike, how many policemen were undercover miners?

During the 1972 national construction strike, were undercover officers used?

Plus is this the real reason why all the complete paperwork has not been released, because it is not possible to understand why all the paperwork relating to ‘Bloody Sunday’ and Hillsborough disaster have been released in full.
The killing of innocent people, paperwork released and the Shrewsbury pickets where one person alleged to have hurt the ministry of justice is refusing to release due to national security.

We must all ask the question now when trouble starts on protest lines, is it the activists or undercover policemen? We all know what the government and newspapers want us to believe.

Undercover cop Mark Kennedy destroyed lives with his untruths and left scars behind when he finished with is alias Mark Stone.

Des Warren always said his phone was tapped by MI5 and with the evidence, why wouldn’t you believe him?

As a nation, we seem to forgive all the wrong doings of government, police and MI5 whereas we should hold them to account.

An example is blacklisting, where peoples’ lives were ruined for reporting safety issues, looking out for other workers and refusing to work with asbestos because they wanted normal lives.

Construction today – Let us look at the issues:-

2) Asbestos. People (hundreds) dying from working with asbestos in the 60s onwards. Unbelievable!

3) Safety – 50 plus every year dying in this industry…… not acceptable.

6) Rolled up holiday pay. This is where you pay for your own holiday pay as money is taken out of

your pay every week……… a disgrace.

7) Tribunals. In the summer of 2013, individuals have to pay for tribunals. It is unbelievable a person

8) Climate change. Working long hours, 10-12 hours per day in all kinds of weather conditions. We

need to attract youngsters! You must be joking!

9) Redundancies. On average, a construction worker is made redundant every 8-18 months ….a

10) Lack of construction work. We need to build to get us out of this mess the bankers put us all in.

When will they learn?

2) Welfare = no answer to this problem

What we must do is prove justice wrong when it is wrong, such as the Shrewsbury issue, what do I think unless we get full public support or this won’t happen.

Why? Because the whole fabric of British is innocent till proven guilty and we are saying that construction companies were leading government and government were instructing the courts. Can Britain stand another beating in national newspapers and when are we going to say enough is enough? We can’t keep going on this way of forgiveness at all costs????